The STAR Institute is deeply involved in the NASA Juno mission. First, with an engineering contribution from CSL to the UVS instrument and now with a long-term scientific official participation of LPAP members to the Juno Science Team, specifically for the UVS and JIRAM instruments. 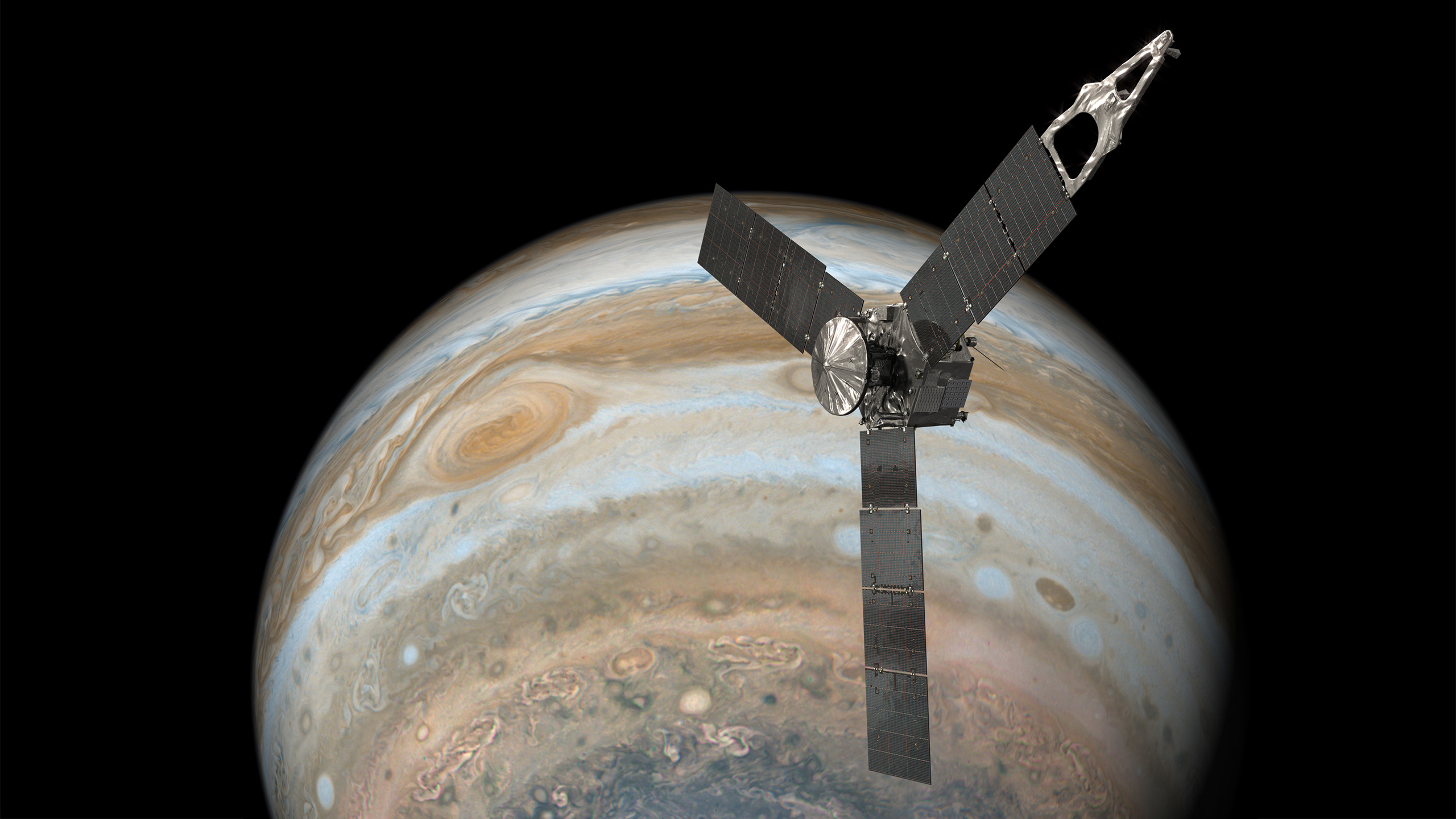 his participation was made possible with a significant financial contribution of BelSPO to the Juno-UVS instrument. LPAP is also leading the large Hubble Space Telescope campaign supporting Juno observations.

Juno's primary goal is to improve our understanding of Jupiter's formation and evolution. The spacecraft investigates the planet's origins, interior structure, deep atmosphere and magnetosphere. Juno's study of Jupiter helps us to understand the history of our own solar system and provides new insight into how planetary systems form and develop in our galaxy and beyond.
The NASA Juno spacecraft was launched aboard an Atlas V rocket from Cape Canaveral, Florida, on August 5, 2011. Juno arrived at Jupiter in July 2016 to study our solar system's largest planet. From a unique polar orbit, Juno repeatedly dives between the planet and its intense belts of charged particle radiation, coming only about 4,000 kilometers from the cloud tops at closest approach.
Juno will remain in its current 53.5-day orbit for the remainder of the mission. This will allow Juno to accomplish most of its science goals, while avoiding the risk of a previously-planned engine firing that would have reduced the spacecraft’s orbital period to 14 days as initially planned. It will continue to operate within the current budget plan through July 2018, for a total of 12 science orbits. The Juno Team will then propose to extend the mission during the next science review cycle.